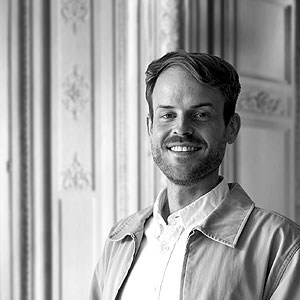 As an Associate Director at 64North, Talbot Schmidt is responsible for the design, management, and construction of a diversity of the studio’s mixed-use, multifamily, single family, adaptive reuse, and commercial projects. He also leads 64North’s digital design and visualization practice, ensuring each of 64North’s projects can leverage recent innovations in documentation, representation, augmented and virtual reality, and successfully integrate them into fabrication and construction.

Prior to joining 64North, Talbot was a designer at Marmol Radziner Architects, managing and designing projects for the firm’s Los Angeles office including luxury single family residences. Talbot also led the restoration of landmark historic structures for the practice’s preservation studio, including Richard Neutra’s pioneering Kaufman residence, Neutra’s Brown residence for Tom Ford, as well as Los Angeles’ Century Plaza in partnership with Pei Cobb Freed & Partners. Working at New York’s Interboro Partners prior to his work at Marmol Radziner, Talbot was also a key contributor to notable projects including the 2012 U.S. Pavillion at the Venice Biennale and Holding Pattern, winner of the MoMA PS1 Young Architect’s Program. Talbot has had significant experience working with governmental agencies both at the local, state, and federal levels, most notably in his work with FEMA at New Orleans’ Sulzer Group, aiding the city’s recovery from Hurricane Katrina. Talbot has also been recognized as a writer; his work has been published by Actar, Anyone Corp., and MIT Press.

Born in New Orleans, Talbot received his Master of Architecture from the Southern California Institute of Architecture and his Bachelor’s Degree in Urban Studies from Vassar College. Outside of 64North, Talbot can be found playing multiple instruments, writing, and cycling.